Online via Zoom
Topic: Panel Discussion: “The Inspiration behind My Leap”

Local entrepreneurs discussed what inspired them to take the leap into starting their own business.

You can view the online discussion here. 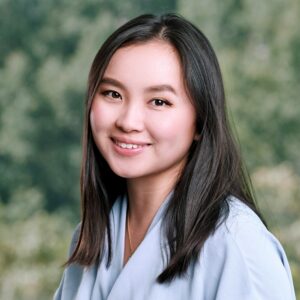 Téa Blumer is an artist, designer, and entrepreneur revitalizing iScribble, the first collaborative drawing platform for artists. Originally developed in 2006, iScribble provided a global community for 600,000+ artists over its decade long legacy. Blumer first discovered iScribble in 2010 as a young digital artist, and in 2018 seized the opportunity to acquire the very platform that inspired her to pursue her creative passion.
Irina Perdew, Vetletics 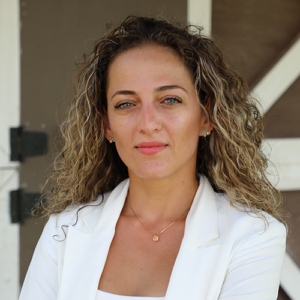 Irina Perdew is a fourth-year veterinary student at NC State University College of Veterinary Medicine. She will receive her doctorate in just a few months!

Originally from Kyrgyzstan (former USSR), Perdew lived in Germany for over 10 years before moving to the U.S. in 2011. Ms. Perdew then received her undergraduate degree from Auburn University, and she started veterinary school at NC State in 2017.

As a first-year veterinary student, Ms. Perdew was inspired with the idea of developing a compression device for horses. Ms. Perdew’s vision is now a reality for Vetletics’ flagship device, the EQ Press. 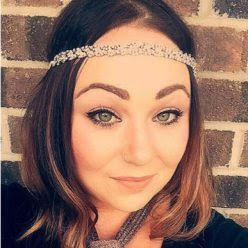 Angie “Gigi” Stephenson is a force in business in the Triangle and beyond. With a background in program management and an entrepreneurial spirit at her core, Gigi is the founder and owner of two companies and co-owner of a third. Her inspiration comes in her passion for supporting women in business and more than 13 years’ experience in Human Resources, Technical Writing, Recruiting, and Program Management. She honed her skills and knowledge through supporting a unique range of clients such as the Department of Defense, Department of Justice, US Army Engineer District – Chicago, US Army Central Command, and the Department of Homeland Security. Having quickly discovered her love and appreciation for language and culture while managing an immersion contract for the US Air Force, Gigi instinctively launched her own immersion company in 2019, KTM Language Partners.

Gigi founded Silver Key Career Solutions in early 2016. After identifying gaps in the career services market in Raleigh, Gigi set out to equip career seekers with game-changing knowledge about how to prepare for and land their dream jobs.

In March of 2016, Gigi had the pleasure of joining forces with JoNita “JoJo” Cox to launch Networking Women of the Triangle (NWOTT). In support of JoJo’s incredible idea, Gigi was thrilled to hop on board and help facilitate the growth of what is now a thriving group of over 32,000 Triangle women. In 2019, NWOTT launched an elite group of established, vetted women leaders and business owners, aptly named the A-Team, throughout the triangle. NWOTT has also had the honor of presenting to Duke University on the Power of Networking and has been invited to participate as subject matter experts on multiple career services and networking hot seat panels.

Gigi, who is originally from Fayetteville, NC, earned her Bachelor of Science Degree in Sociology from the University of North Carolina Pembroke and an AAS in Business Administration from Fayetteville Technical Community College. Though she is proud to have earned both of her degrees, Gigi is a proponent of teaching her daughter the value of knowing all of the options available to her as she grows into adulthood – college, trades, military, and of course, entrepreneurship. 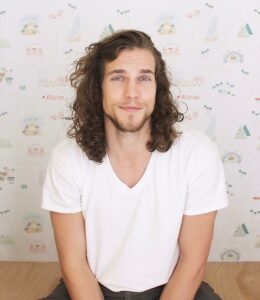 Jeremy Wall (Wilson College of Textiles ‘14) is a creative at heart and entrepreneur by opportunity, founding two different businesses: Lumenus and GoalMakers.

Lumenus spun out of Wall’s senior thesis on wearable technologies while in college, the company designs, builds, and sells IoT safety products. Their first product ioLIGHT is “the world’s smartest bike light”.